Co-Founder and Director at Promo House Staffing - hand-picking promotional staff just for you!

Promo House Staffing was founded in 2017 by myself and Shelby Hateley, and our mission is to match the right staff with the right company to bring visions, promotions and campaigns to life and help brands grow through positive customer experiences!

Shelby and I have over 17 years combined experience, and a passion for hand-picking staff who are right for your company’s, campaigns and events.

If you’re looking for a staffing solution without any hassle, then I would love to hear from you...

For February’s spotlight on we are talking all things Hearst Live. We had a super busy end to 2018 with Hearst! Providing show teams for both Salon QP & ELLE Weekender, Leafletting staff for both shows in the run up, and registration staff for their Christmas Party! Salon QP Salon QP, Europe’s finest watch and luxury […]

Our Promotional Staff have battled snow, rain and sun this year, up and down the country….

For November’s blog post we are shining the light on our lovely client Well Defined.

Firstly, we would just like to say a BIG thank you to Well Defined for choosing Promo House Staffing. We had previously worked with Chelsea and Rachel at Be:Fit and now these lovely ladies have just launched their very own show .. The Future of Food!

The Future of Food 2018 took place at The South Place Hotel London in October. The event was a huge success with its interactive talks and workshops delivering real and credible information about what we eat, and the effect it can have on our health, our planet and our future.

Well Defined hired a team of 12 exhibition staff who all had different roles at The Show. The team were on hand at the show to help with running the seminars, show visitors into the theatres and to generally help the organisers with the running of the day.

The staffing team was split into:

A great BIG thank you to our team that worked the show. Your hard work doesn’t go unnoticed and it’s always nice to receive glowing feedback like the following from clients:

“Just wanted to drop you guys an email to say how great your staff were today, they really did pull it all together, worked extremely well to the briefs and just cracked on! Great team.” – Chelsea Cox Well Defined

You can read about the show here – https://balance.media/event/future-food-well-defined-dr-hazel-wallace/

Put on by the Fabulous team at Well Defined – http://www.welldefined.co.uk/

Do you need Promotional Staff or a Show Team for an upcoming Exhibition?

Let us hand pick your exhibition staffing team today. Give us a shout by phone 0121 733 7833, email hello@promohousestaffing.com or online.

We would LOVE to hear from you!

This is Promo House staffing’s first in a series of spotlight on blog posts featuring our fabulous clients and to celebrate the first one, we’ve chosen The Telegraph. We would just like to say a MASSIVE thank you to The Telegraph for choosing Promo House Staffing, we’ve had a lot of fun staffing at their […]

Here at Promo House Staffing, we provide exhibition staff up and down the country, most recently for …

August means return of the football season and it all kicked off at Promo House with our hostessing teams out in force. We welcomed back our clients from last season with open arms… West Bromwich Albion, Notts County and Burnley whilst giving a huge welcome to our newest football client, Charlton Athletic. Welcome, The Addicks!

Our hostessing teams are on hand to add some extra sparkle to the hospitality department and become an extension of the hospitality team. Our hostesses & hosts are there to meet & greet your guests, direct them to where they should be or where they should sit, be on hand to help with coats, holding of doors, handing out programmes or team sheets, helping with tickets, hosting the executive boxes and generally being a friendly face on matchday.

Our promotional staffing team have been back at Birmingham City FC for another fantastic activation involving Pukka Pies and Blues Fast Pay System! Our team of 8 staff were on hand to sample the pies and encourage fans to use the new pay system at the kiosks. Staff had to be vocal, engaging and LOUD, which we are sure they didn’t struggle with. Great work team!!

On another note, Promo House have entered a Fantasy football team (LOL) into Mash Media’s Access All Area’s Fantasy League. Of course, our kit colours are pink and green and any tips are greatly welcomed…. Come on PROMO HOUSE UTD!

What a beautiful summer we are having so far. We’re mega busy and have had so many sporting campaigns out, so we have decided to write about these on this months blog….

#Teampromohouse has been ALL over the UK with campaigns this summer, here a few sporting campaigns we have been out working on!

The campaign was designed to showcase the new kit to the public in Birmingham around the city centre. Promo House provided BCFC with a team of 10 to wear the kits and to create awareness in the city of the new launch.  BCFC ran a competition to win a kit .. all you had to do was have a photo with one of the team and #standoutinthecity to be in with the chance of winning.

Lots and lots of social media attention, members of the public stopping taking photos and talking about the kit. The campaign caught the eye of everyone in the city that afternoon and it even got Villa and Wolves fans talking about it!

Promo House partnered with Penta Hotels to provide them with a team of 12 hostesses to help with the running of their corporate golf day.

Penta Hotels decided this year it would be important to have a team of staff who were on hand to bring that last added extra for their guests at their golf day. Our team was on hand to welcome the guests to the golf day, show them to where they needed to be and generally spoil guests. Throughout the round of golf out team were flying around on golf buggies providing drinks and snacks and make sure the guest were well looked after.

Well looked after, fed, watered, happy golfers! It also helped that at the after party Penta Hotels put up a big screen to show the world cup!

OVO Women’s Tour, The Scottish Open, The Derby and The Open

Promo House partnered with The Telegraph and have been working at the events to hand distribute Telegraph supplements to spectators.

The campaign was designed to mass distribute event tailored telegraph Supplements to spectators, showcasing The Telegraph and also each individual event whilst giving credit to the sports talents.

Promo House provided each event with an Event Manager and 10 Brand Ambassadors to create the campaign. 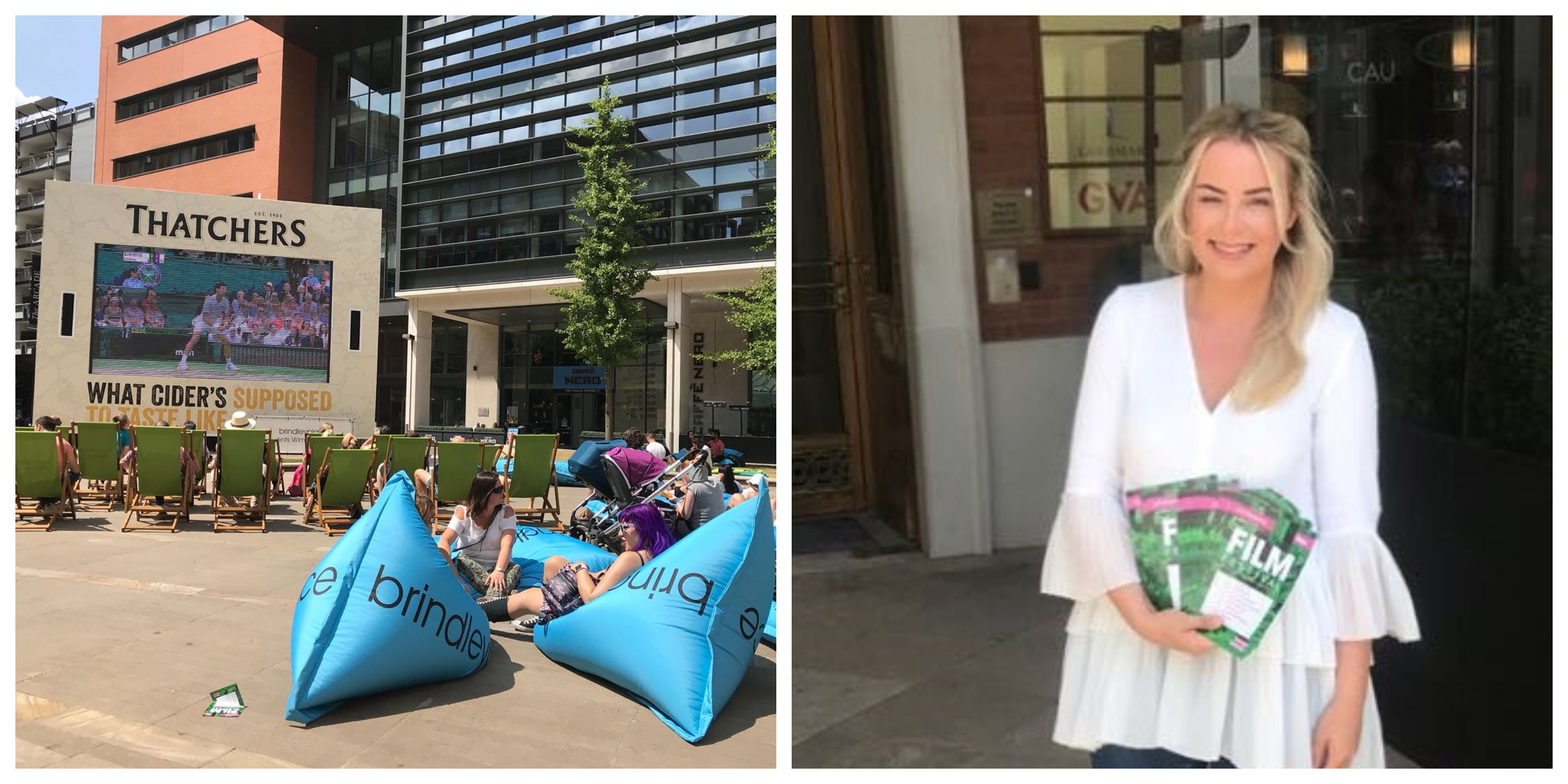 Promo House partnered with GVA worked last week to promote there film festival and what better way than to target the public who were already there to watch Wimbledon on the big screen.

All these sporting campaigns out just before kicking off the football season again with Notts County, West Brom Fc, Burnley and new to our list Charlton Athletic.

We hope everyone is having an amazing summer so far! We are mega busy here at Promo House but we wouldn’t want it any other way. June has been a record-breaking month with the most activity Promo House has ever had out in one single month. We have had large teams of staff out up and down the county and seen some amazing teamwork, so this month we have decided to blog all about the June activity and share some photos …

Promo House has recently started working with The Telegraph and this month we have had large teams out at Clapham and Waterloo Station on Epsom Derby Day to hand out Derby supplements to racegoers. We have also been working on OVO Women’s Tour and last week we had teams of staff out in Suffolk and Worcester. The teams worked hard to distribute supplements to thousands of spectators watching the tour. Go team!!! 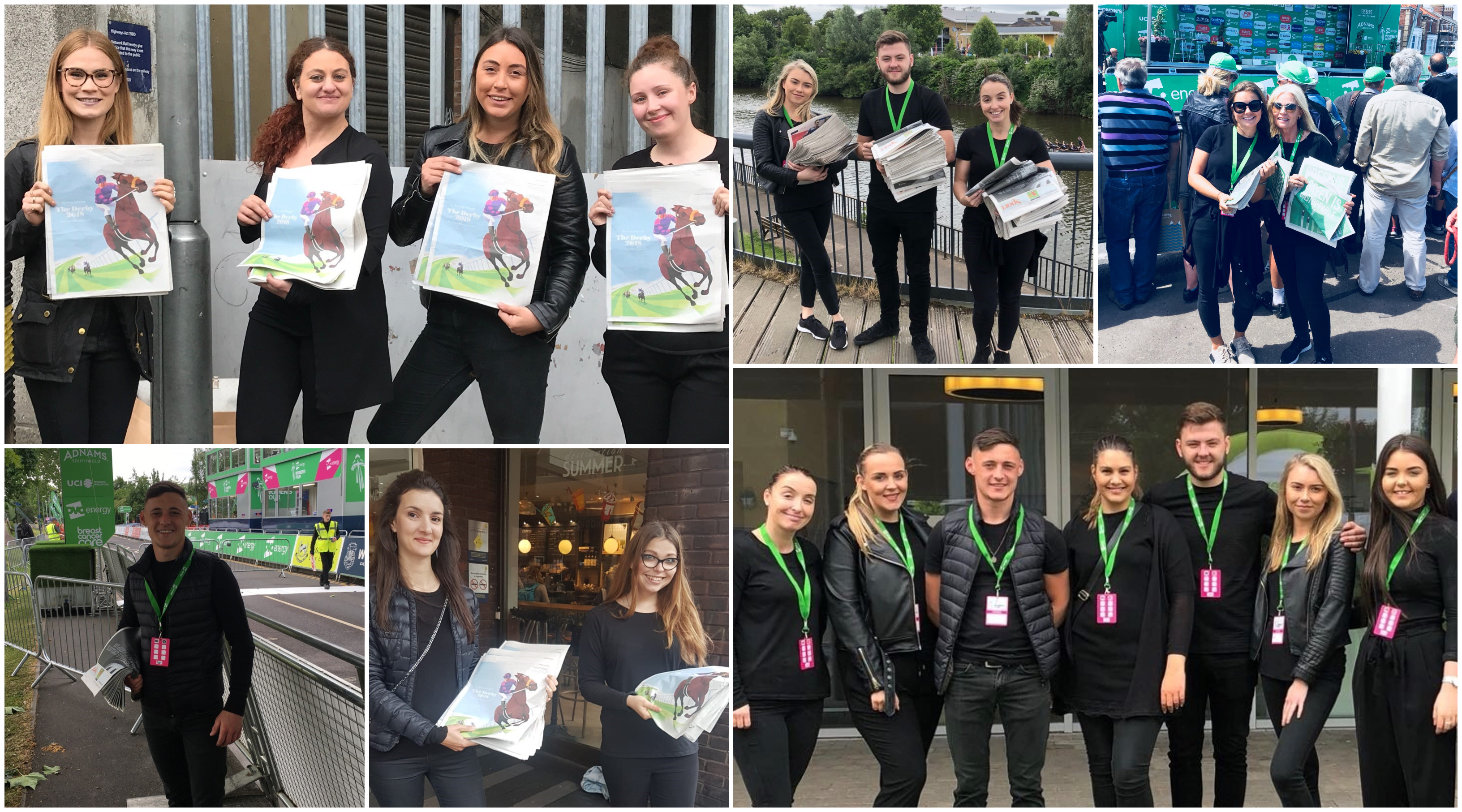 Jim Beams touring yard Party has hit Birmingham and will be at Digbeth Dining Club every Thursday, Friday, and Saturday throughout June. The ‘Come as a friend, leave as family’ yard Party concept white label have created is designed to make consumers feel at home, in a relaxing and sociable environment which oﬀers a place to kick back and experience Jim Beam with friends. Promo House staff are on hand to deliver and introduce #JimBeamHighball samples as a delicious and refreshing alternative to beer. The teams are there to target ‘urban socials’ during casual drinking and eating occasions with friends, opening the brand up to new and existing consumers.

Promo House have also just finished working at The NEC Gardeners World Show for Immediate Media! Our mini army of staff were on hand to sign visitors up for subscriptions and to sell goody bags. The team smashed subs targets and were a credit to Promo House!

We have also have teams out this month in London for the Women in Finance Awards, a team of 12 out next week at Penta Hotels corporate golf day, exhibition staff out in Harrogate and had staff working at Brindley Place Family Festival last weekend.

I think its safe to say its all go go go at the moment and it’s only the start of the summer … watch this space!

As always until next time keep in touch, keep it real and keep it Promo House! Here is to the rest of the summer …

At Promo House we are always looking for ways to better and improve our service. After every campaign with a client we always seek to receive feedback and there is nothing we LOVE more than receiving glowing feedback. And we have had plenty of that recently, so much so that we have filled Mays blog post with it! 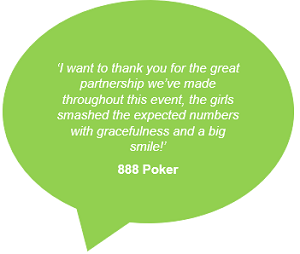 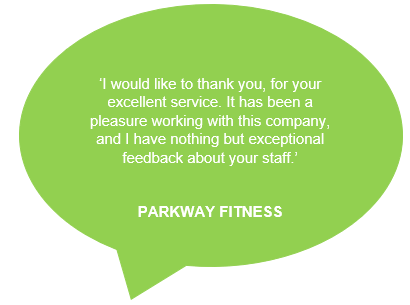 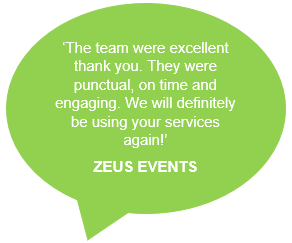 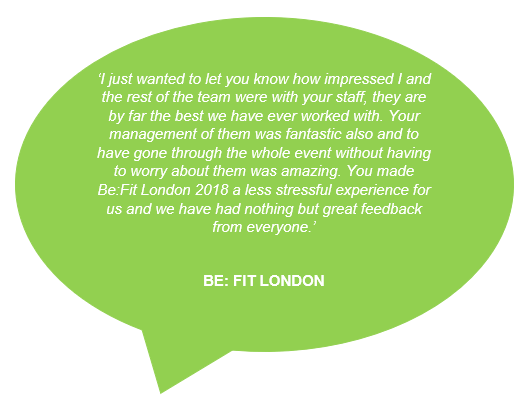 Promo House provide staff NATIONWIDE for events, hospitality, campaigns, exhibitions and all other promotional activity. If you think we could help you with anything then please get in touch.